Fraggle Rock is a nation led by Lovable Fella Gobo on the continent of Africa. Fraggle Rock's government is a Nuclear Dictatorship with very anarchist social policies. Economically, Fraggle Rock favors extremely left wing policies; so much that no Fraggle receives a pay check.. As the first nation to acquire nuclear weapons, Fraggle Rock strives to maintain peace through communication and smiles.

Dance your cares away, Worry's for another day.Let the music play, Down at Fraggle Rock. 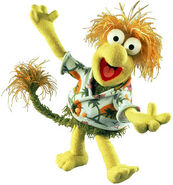 Minister of Finance and Czar of All Nuclear Bomby Thingys, Wembly Fraggle 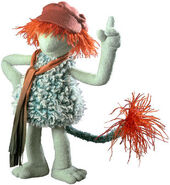 Minister of Health, Boober Fraggle
Add a photo to this gallery

City of Gobo: The founding and capital city of Fraggle Rock. Named in honor of the great leader, Lovable Fella Gobo. The city of Gobo currently has no power. The ten Fraggles who live in this sprawling city have one of five jobs to work. Each job pays exactly the same; nothing. They can either farm in the dark, drill oil in the dark, mine uranium in the dark, mine bauxite in the dark, or work in the nuclear weapons plant that surprisingly has a candle.With eight farms, these Fraggles produce plenty of food to sustain the population. Most of the food production is shipped outside the nation to support the nuclear weapons program. No military bases are stationed within the city, but the graduating nuclear engineers can accept work building one of the many nuclear weapons.

Other cities: All other cities have the exact same set up. Strong work ethics allows Fraggles to farm and drill and mine and assembly nuclear weapons in the dark. They have no choice.

The Song of Songs Edit

In-game advertisements used by the nation:

Add a photo to this gallery
Retrieved from "https://politicsandwar.fandom.com/wiki/The_Nation_of_Fraggle_Rock?oldid=33987"
Community content is available under CC-BY-SA unless otherwise noted.