Death to fascism. Freedom to the people!

The Socialist Ottoman Empire (or SOE) is located in Euroasia. Most of its territory is located in Asia, but it has a claim on Europe (Balkans). The people of Turkey wanted the old empire but during the Soviet Era, those Revolutionaries that couped the nation to restore the Ottoman Empire were also Communist sympathizers. The Nation is still young, it only had two monarchs. The First Sultan, Murat, has abdicated recently and the current leader is his son Fil.

The Nation is a part of the alliance Pantheon, but it had experience with others. When it got into Pantheon it saw massive growth. The Nation does not have any crime, pollution or any other issues.

The land of SOE was a region full of war and of strategical importance. Many nations have had control of this land, Byzantium, Ottomans, Persians and such. The Socialist Party of Turkey and the Monarchist Party united into one after the Turkish war of Independence. After their party got exiled, they started working underground and worked with the Soviet Union. They worked underground until World War 2. With the German Entrance of the 8th Panzer Division into Yugoslavia and rolled the previous weak government and with them fled. The Second Largest Anti Fascist Movement was born with the Yugoslav Partisans. With the Panzer Divsion focusing only on destroying the main armies of the Balkan Nations and quick destruction of Greece as well they have assaulted Istanbul and with Italian Support they landed in Anatolia. The Turkish army expirienced many losses and the Government practically abandoning the nation, the Communists have arisen and as their ruler at first Fil would be put in place but because him being young and only his father being in the possibility to command. The reason he was put in place was because his part of the Royal Osman Family stayed in Turkey and has commanded units already loyal to him and his regime. The Sultan would work as a Marshal of Yugoslavia, main dictator that would command the army, directly under his command and he would know what is good for the people being in all situations, from poor to rich , back and so on. With his command of the Turkish Army he must not only fight Germans and Italians but his own kind as well because of the Neo-Ottoman Empire was a Fascist Puppet of the Germans that worked for a Large Prosporing Empire only made of them. The Army at first had some hiccups but knowing the terrain he has used it to work in his favour. He has managed to bait in the Non-Turkish Axis Troops and deal massive causalities to them. Many Supplies have been spent on the front in Yugoslavia and Turkey and many of it was wasted, stolen by the Communists which would work more and more in the favour of the Partisans and less to the Axis. The Partisans supported the British push into the middle east and themselves occupying Syria out of Vichy Frances Hands. The War ended with a decisive victory for Turks. The Partisans have dealt enough dammage to the Axis forces there to make them unstable to retaliate and only to defend poorly. The Soviet Union has swooped up the remaining forces of the Axis in Anatolia and where the Surrender of the German Forces has begun and it spread to the Eastern Front, Balkans and then throughout the whole Reich.

The Murat Era was the reconstruction of the Nation itself with a lot of support comming to them and Yugoslavia as they haven't picked a side. The Cold War began and each side wanted more support while Yugoslavia and SoE have formed the Leauge of Neutrals which were made of SFRY, SOE, Egypt, India and many African countries. This Era was just based on outside support and it was unstable because Murat was unexpirienced. His footsteps would follow his son whom was educated in many skills throughout his childhood and pre-adult life and he would be the one whom would lead SoE to the golden age. He has peacefully given the Sultan Role to his son, withdrawing from the Political Life.

With his fathers peaceful withdrawal from the Throne, Fil would step up and rule over the Nation. He has changed around the Military, expanded into old teritorries which were a once important place in the Ottoman Empire itself, that being Bosnia. The Bosnians have welcomed SoE and Bosnia has expirienced rapid growth and stability itself. Other Expansions were into the Middle East. On the other hand , he has brought in other specialized Military units in the Army. The Empire has achieved ties in many parts of the World with them being welcomed in almost all countries of the world and protected by many as well. The Nation is in the European Union and cooperates well with Democracies while they are not.

The Empire has expirienced two civil wars during the Tilen Era as the Democratic Side has thought the Regime was weak and easy to be overtrhown so they could achieve a Corrupt 'Democratic Government'. SoE's army was loyal to the Regime and has fully stayed in it's hands. SoE has also achieved a load of support from Major Nations and the rebellion was quickly supressed.

The Army itself is under the Sultans Rule and is the most unlikely scenario. The Commanders are Loyal but Loyality and Nobility have not gotten themselves those positions but knowledge. 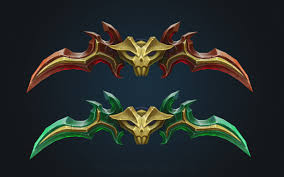 Badges worn by the Aces of the Air Force. 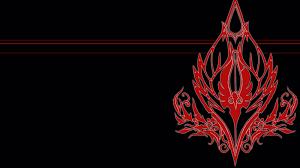 Flag of the Navy.
Add a photo to this gallery

UDBA and OZNA are a secret agency previously been in SFRY, now in SoE. Their name is feared by the people and that is how they operate. Everything peformed , anything a citizen does is noticed by them. They work to prevent Nationalism Uprisings, Planning of them and furthermore. They also assasinate any Corrupt Official leaking any intel to the outside world without permission. All assinations were known to be done by them but not known how as the people followed were never followed by someone.

Retrieved from "https://politicsandwar.fandom.com/wiki/Socialist_Ottoman_Empire?oldid=35119"
Community content is available under CC-BY-SA unless otherwise noted.