Hell Has Frozen Over is a Mutual Non-Chaining Defense and Optional Aggression Pact signed between the Black Knights and New Pacific Order on March 8, 2017.

The Black Knights and the New Pacific Order will hereafter refrain from any form of hostile activity, hereafter defined as military force, internal subversion or espionage of any kind, against the other. We cool fam.

Puff puff pass bruh. Signatories of this pact pledge to show only respect and goodwill towards each other. While this will prohibit outright hostility in all its forms, it will not restrict healthy debate or productive disagreement.

Should either signatory be subject to an act of aggression, they are well within their rights to request military support, which the other signatory is obligated to provide. In the event that one of the alliances is attacked as a result of an activation of another treaty, the mutual defense then becomes optional. Bro squad be bro squads.

Should either signatory find it necessary to commit an act of aggression upon a third party, they may request military support from the other signatory, though this request is under no circumstances an obligation. You know.

Should either signatory come into need of aid of either political or financial aid, they may request such support as is necessary from the other signatory. It is recognized, however, that this request is in no way an obligation. We fam now.

Should vital knowledge of a political or military nature come to the attention of one signatory, they are required to share it with the other. I'll hold the door, baby girl.

If it is decided that one party should decide to puff puff and no longer pass, this pact maybe canceled after 72 hours notice. 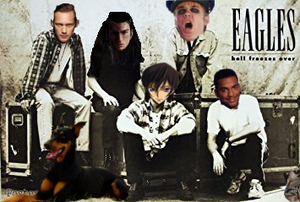 Retrieved from "https://politicsandwar.fandom.com/wiki/Hell_Has_Frozen_Over?oldid=42103"
Community content is available under CC-BY-SA unless otherwise noted.