Cities are the major building blocks of a player's nation. Within cities, you can find three things, infrastructure, land and improvements which develop the city in different ways.

Cities serve the purposes of increasing your max population/maintaining your current population and harvesting/manufacturing resources for use.

All formulas can be found on the City Formulas page.

Infrastructure increases your improvement cap in a ratio of 50 infra to 1 improvement. Increasing infra also increases the maximum population that can be contained within that city.

The cost of infrastructure increases exponentially starting from 300 dollars per unit of infra and is recommended to be purchased in groupings or multiples of 100 at a time.

The main two effects of purchasing more land are decreasing disease by spreading out your population and making Farm improvements produce more food for the city.

Similar to the exponential cost for infra, land costs also rise exponentially at a base cost of 50 per land. Land should be bought in multiples of 500 or 500 at minimum, as to maintain the maximum efficiency per city.

Improvements act like how buildings would in a city, broken up into 6 groups.

*1 For the city to count as being powered, you need to have power for all the cities infra

Although not something you can directly control, those that live in it literally make up the city, with the final population count being affected by the following factors. (Purchasing or selling infra can indirectly affect the population count.)

The longer the city, the larger a bonus it gets in its final population count. This per cent is negligible until it’s more than 200 days old, the formula can be found on the City Formulas page if you’d like to check the numbers. 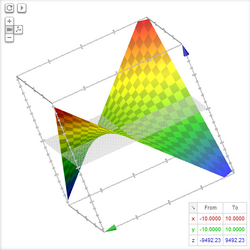 The Disease Rate determines how prevalent disease is in a city's population and, as a result, how many people are killed by the disease.

A low disease rate will decrease the number of people dying, which increases the working population, which in turn increases the tax income from the city.

This is the rate in which citizens are killed from violence, with it rising alongside base population increases and falls with increases in Commerce or when Police Stations are purchased.

Like both inf and land, costs exponentially increase, but unlike them, at a significantly larger rate. To negate this rapid price increase you can use the Manifest Destiny Domestic Policy to decrease costs by 5%, or buy the Urban Planning or Advanced Urban Planning projects.